The Pitfalls and Opportunities of Tough Feedback 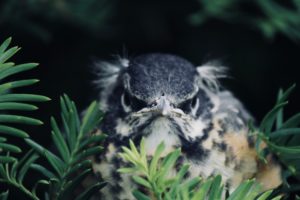 I had just finished a long day of work on-site with a client. I had spent most of the past nine hours on my feet, facilitating some delicate interactions amongst 100 or so people. My line of work can be intense, sometimes even brutal. It’s also what I love to do, my reason for being—and so, despite feeling spent at day’s end, I also felt proud and satisfied with the important work we had done.

For a minute, anyhow…

As the final participants filed out of the room, one of them approached me and asked for a word. “Just so you know, you really should think about getting some more diversity on your team,” they told me, “From where we’re sitting, your group looks kind of…homogeneous…”

I was gutted. “We just had a full day of unbelievable sessions,” I thought to myself. “And that is your main takeaway?” That gutted-ness morphed into defensiveness. “You don’t think diversity is important to me?!” I mused (in my own head). “Of course diversity is important to me! You clearly don’t know me at all. And what you don’t even realize is that I originally planned to have a more diverse team here, but due to logistical quirks, it just didn’t work out that way. You also don’t know about the extraordinary efforts I am taking to diversify our team even more! But I guess I don’t deserve the benefit of the doubt here!”

The internal monologue nearly turned into an external one. I was ready to react. To defend. But I caught myself. After all, I have taught thousands of people about how to ground the negative feedback coming at us. And yet I had nearly fallen into a pitfall that I so often warn against.

You see, when someone gives negative feedback, we often jump straight into a conversation about evidence. What evidence can I brandish that will refute this unfair feedback coming my way? What facts or data can I present that will show you just how wrong you are?

For instance, you are enjoying a Saturday afternoon where you finally get a chance to relax after a long week at work and your partner says, “Look at those dishes piling up in the sink. I asked you to do them two hours ago. You never help out around the house!” The natural reaction is to call up evidence to refute this outlandish and totally unreasonable claim that you “never help out around the house.” “What are you going on about?! That’s just patently false. I did the dishes on Thursday night and Monday night! OH, I literally just mowed the lawn for the last 2 hours! How quickly we forget!” That’s two pieces of evidence to their one.

But there’s another way to field the negative assessments that come at us, and that is by choosing to first connect with the true purpose, the fundamental care, that is animating the assessment in the first place. That’s the little secret about feedback. It’s almost always about something deeper.

Why does your spouse care about you doing the dishes? What really matters to them? It usually isn’t just about the clutter itself. For instance, perhaps they want to feel like an equal partner in the relationship, and haven’t been feeling that way as of late. Or perhaps they’re having a tough time at work and feel overwhelmed, and the sight of a dirty plate is what set them over the edge.

A conversation about fundamental cares is never a zero-sum game. There are no winners or losers. What’s important is drilling down deep to get to the heart of the issue, to see what matters most to each of us, and to find a way forward that takes all of that into account.

From this place of fundamental cares, so much more is possible. Suddenly, we aren’t just talking about dishes. We’re having a larger conversation about, in this case, equality or overwhelm. New, previously unseen pathways for action are more likely to emerge.

For example, you might discover that what would really make a difference (in addition to doing the dishes) is for you to take the kids on Sunday afternoon so that your partner could catch up on work a bit. That would be no sweat off of your back, but would make a huge difference in setting them up to feel less overwhelmed during the week. A beautiful possibility—that would never have emerged if you went straight to counting how many nights you did dishes this week.

Back to my story. Instead of launching into the evidence that I had to prove that I was a person who indeed cared about diversity, I took a beat. I sat with her assessment. I asked about and got connected with her fundamental care. I began to see what she saw. Yes, the team we assembled for this engagement was fairly (though not totally) homogenous. The organization we were working with was particularly diverse in its make-up, and committed to issues of diversity and equity. This person wasn’t just “calling me out”—she was actually concerned that the work we were doing together might not be as effective if there was a distraction in our perceived lack of diversity.

What’s amazing was, when I laid down my defensiveness, I was able to see that we were both quite aligned in our fundamental cares. We both wanted to have this experience be as valuable as possible for the client. And our conversation became a fruitful one, aimed at figuring out how to account for the listening in the room given the team that we did have. If I had followed my initial impulse, we likely would have emerged adversaries. Instead, we emerged partners.

As I took this conversation back to my team and to the client, we came up with an innovative solution involving utilizing a diverse team of people from us and the client as an advisory council to ensure we hit the mark.

This is the power of fundamental cares. So many of us loathe receiving (and giving!) negative feedback. But the moment we understand that this feedback isn’t something unpleasant to be endured but rather an opportunity to connect and co-create, a tremendous weight is lifted, and untold possibilities emerge.