The Hidden Costs Are Killing You 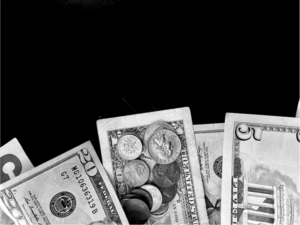 Your shirt is drenched. Beads of sweat trickle down your face. You just took your pet labradoodle for a walk around the block. But with the summer heat climbing into the 90s, you may as well have gone for a stroll on the sun.

The moment you cross the threshold of your home, though, you’re transported to a blizzardy, blissful oasis. As your body temperature falls, you count your lucky stars for the advent of modern air conditioning.

In a few weeks you receive your electricity bill in the mail. “Whoa.” The amount due is considerably higher than in past months. “Still,” you reassure yourself, recalling those blazing days, “worth every penny.”

What you don’t realize is that, all things considered, your electricity bill isn’t high at all. In fact, you’ve gotten the deal of the century. How do I figure?

Well, you probably paid around five cents per kilowatt hour for the coal-generated electricity used to cool your home. In other words, the energy you use for your benefit is only cheap because you’re not paying the full cost of that energy. That cost doesn’t disappear. Someone has to pay it. Someone has to account for the environmental damage.

Sooner or later, the bill always comes due. The question becomes: Who will have to pay it? Your neighbor? Your child?

Capitalism is a wonder. It is one of mankind’s great originations, a catalyst for the sort of innovation, efficiency, and prosperity that the world has never seen. For a capitalist free market system to work optimally, though, it has to meet certain preconditions.

One of those preconditions is that the market captures and prices all available information. When that happens, the free market runs its course and works its magic. The price system provides information about what is valued, determines supply and demand, and coordinates the allocation of resources.

Sure, energy companies reap short-term profits by offering a cheaper product. But in the long view (which, terrifyingly, doesn’t seem so long into the future), the unpaid costs will catch up with us. As we continue to avoid pricing the environmental impact of energy production and acknowledging the resultant cost, the planet will pay that cost for us.

When it comes to pricing externalities, we’re not just talking about the energy production and environmental impact. Even within our organizations themselves, there are numerous unpriced externalities and hidden costs that we fail to acknowledge.

Just think about your own organization, and consider for a moment:

We may choose to ignore these externalities—but as we do, they continue to exact a cost on us and, in turn, on all of the stakeholders connected to our organization.

I believe that great leadership in this new economic era requires a concerted, courageous and consistent surfacing of these hidden costs and “pricing” them properly. It requires willingness and ability to see the costs in the first place, to articulate them, and most of all, to account for them.

Accounting for those hidden costs doesn’t mean having all of the answers or solving every issue. That’s likely not possible. And this shouldn’t be viewed as an all-or-nothing proposition. The key is: the more that we as leaders broaden our awareness of these issues and surface them, the more intentional we can become in navigating them. The power is in the awareness. The power is in the inquiry.

Ignorance is Bliss? Not Really

A word of validation: The line of inquiry can be daunting. It’s natural to want to turn a blind eye, to prefer not knowing about the problem and living in a state of blissful ignorance, as opposed to facing the less-than-perfect reality head on. But as a leader, you intuitively understand that hiding out this way is itself a short-term and misguided solution. It provides illusions of inoculation from the challenge at hand—not a real solution to it. And when it comes to our organizations, the environment, or any system of stakeholders of which we are a part, the clock is already ticking. Whether we realize it or not, we’re already paying the cost.