The Doing and Being of Difficult Conversations 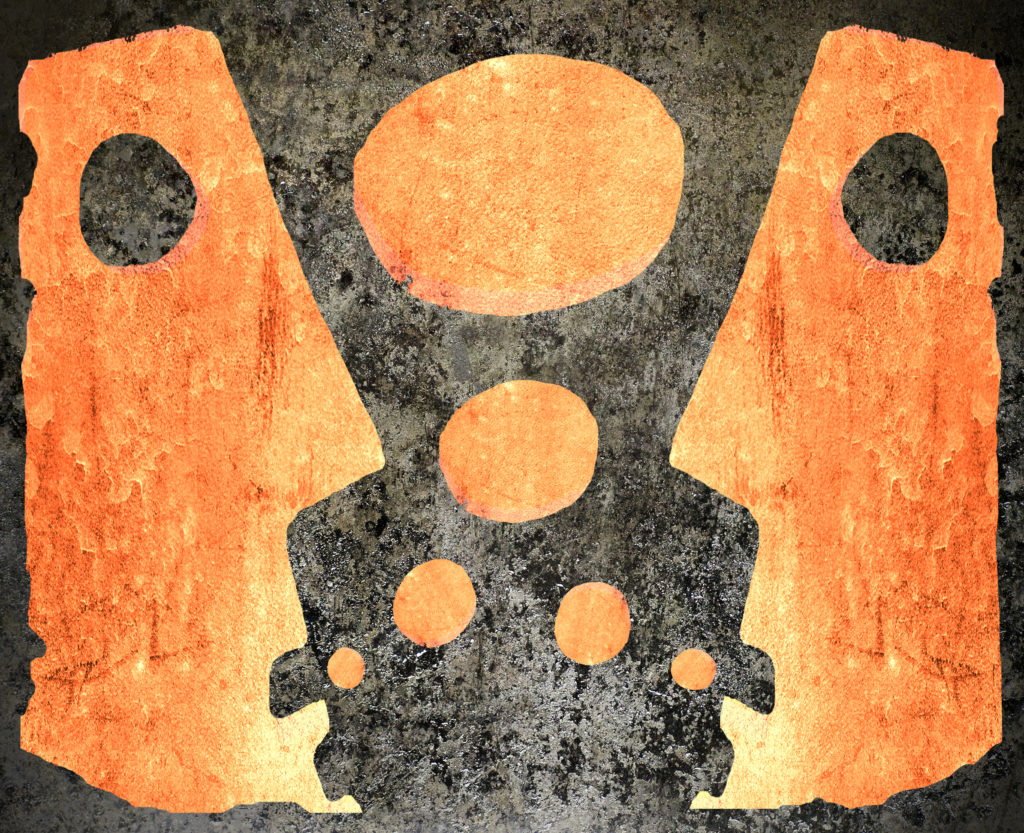 The Doing and Being of Difficult Conversations

Years ago, I bought—and read—every book I could find about challenging conversations: Difficult Conversations, Crucial Conversations, and Fierce Conversations—all of them. Each added to my understanding of how to have (and why not to avoid) the conversations that we least want to have. I attended several workshops that focused on shifting difficult conversations into productive ones. The most intensive of these workshops was three days long and involved meticulously analyzing a single conversation that we knew we needed to have. We focused on reframing our thinking and mindset and precisely examined the impact of the words we chose for the conversation. At the end of the three days, I was able to have that conversation in a way that shifted the relationship I was working to improve. At the same time, it was painstaking and I wondered if that particular process could be consistently replicated.

Over the years, I began to design and conduct workshops on the topic of difficult conversations—including this as a core topic in any leadership program I offer. In my workshops I drew most heavily from Sheila Sheen’s (and her co-authors’) Difficult Conversations, and from her second book, Thanks for the Feedback. More recently, I added powerful ideas garnered from two wonderful books by Diane Musho Hamilton, The Zen of You and Me and Everything is Workable.

My commitment to improving—and supporting others’ improvements—at having hard-to-have conversations is premised in the belief that our ability to speak candidly, openly and with compassion allows us to create better relationships at work. And, if we can create those stronger, more open, more honest relationships, we can work more productively, with greater ease and get better results. The same is true in our personal lives, as well.

The most important thing I took away from these authors and from the work I had done was the importance of shifting from a mindset of “it’s about them” to “I’m a contributor to what is occurring.” In some way, small or large, we are missing part of the story and have a blind spot about our contribution in challenging relationships.

I also realized that to successfully transform a conversation from just plain difficult to productive and constructive, we needed to genuinely be able to hear the other person—to listen deeply, see their perspective, and shift our own, accordingly. It’s not about one person being right and the other wrong. It’s simply that we each see the world through our own eyes and, by definition, our view is limited. Bringing this awareness into a challenging conversation is essential–and not easy. It goes against our default mode of “listening to win” rather than “listening to learn.”*

Over the past few years, as I expanded my coaching toolkit to include embodied leadership, I began to rethink the way I approached, and taught, difficult conversations. Embodied leadership asks us to consciously bring our whole soma (body) and not just our heads into our work and personal lives/relationships. Wouldn’t this then require us to bring our whole soma into difficult conversations? If we are to genuinely shift our frame of mind to allow ourselves to see multiple perspectives and to respond rather than react to the things that trigger our defenses, then we need to think not only about the “doing” of the conversation, but also, and perhaps more importantly, the “being”– and that’s where the body can be an enormous resource.

Until I started doing somatic work, my preparation for a difficult conversation was almost entirely focused on the words I would use. What questions would I ask? How would I frame the conversation? What would I do to ensure that I was communicating that I, too, was a contributor and that together we were looking for a new way of seeing? I took the same approach with my clients. Both in coaching and in workshops most of the energy was on planning the “what” or the “doing” of the conversation. Using our heads.

If we expand and include the soma then we arrive at the “being” of a conversation. We attend not only to what we say—but also to how we show up energetically, physically and emotionally. The preparation we need to do to show up in a state that is open, receptive, and present is quite different from the planning of the “doing.” It’s not surprising that I missed this. In general, we have learned to be better at—and put more emphasis on—doing than being.

Growing our leadership capacity and developing as humans requires that we create a better balance. I’ve written about the distinction between complex and complicated—it is relevant here as well. When things are unpredictable or unknowable we are in the domain of complexity—and our job in complexity is to navigate, not to know where exactly we’re going (we simply can’t know.) By definition, a conversation—especially a challenging one—is complex–unpredictable. Two of the most powerful tools in complexity are openness and curiosity which come not only from our heads, but from our whole self.

When we prepare to be present and curious, then we can be prepared for the response that we didn’t expect to hear. We can navigate in the moment when the other person does not conform to our predetermined script. And, let’s be honest, no one aside from the imaginary people in our minds will ever adhere to the predetermined scripts we write. If we are unprepared for the complexity of the conversation, wed to our plan, then the instant the other person veers from our script, we are thrown—we lose center and presence. The conversation is far less likely to move forward in a meaningful or satisfying way for either person.

When we focus primarily on the doing of the conversation then we may know, intellectually, that we are contributors, but we are still likely to be hooked into responding defensively. Seeing multiple perspectives is not what we were wired to do—being reactive when we feel threatened is a more “natural” response—even if it is unhelpful. Despite our best intentions to not be hooked and defensive, it takes time and practice to respond differently. When we focus exclusively on what we are doing and don’t give equal weight to our being, we aren’t resourced to be fully present and capable of navigating the complexity inherent in a challenging conversation.

It’s about putting as much, and often more, focus on the question, “How do I want to be in this conversation?” as on “What do I want to say?”  I do this by taking a moment and finding center—the process I use to center (described here) is one I learned over six years ago and has been an anchor for me ever since.

Once centered, I ask myself the following questions:

This process does not offer a magic bullet—it’s a practice. Like all practices, it requires repetition and reinforcement. It can be immediately helpful and when it becomes part of our way of operating it can positively impact every aspect of our professional and personal lives. Once it is ingrained in our being, and we can access this process rather than react defensively, even the challenging conversations that are not initiated by us, the ones we unexpectedly find ourselves in, will no longer be as difficult or daunting.

As I’ve embodied this practice, I’ve come to see “difficult conversation” as simply conversations. This simple, and yet not so simple shift, enables me to be curious, attentive, and open-minded while growing my relationships.

I worked with a client who needed to speak with a colleague who, based on all the data available to her, was not delivering on an important commitment. This was not the first time she’d had this experience with her colleague.

At the start of the session, we centered. After centering, and becoming more open and present, she noticed that she had never broached this topic with her colleague. Her colleague was unaware of how his actions, knowing or unknowingly, affected her. It was from this reflection and realization that my client was able to sense that her limited perspective of “this is how he’s disappointing me” only told half the story. My client then consciously set the intention to remain open and curious so that she could genuinely, and without bias, discover where things were breaking down. She made a commitment, from center, to hear his perspective, to learn more about her own contribution, and to figure out together how to move forward.

The preparation for her discussion went as follows: centering and setting intention, recognition that she is also a contributor, and committing to find center before, during, and after her conversation. She would also need to remind herself that her colleague would not follow her predetermined script and that she would not be able to control the ultimate outcome of that conversation. She felt ready to enter the conversation with genuine openness and curiosity, prepared to be surprised.

I recently worked with a client who had to let staff go for the first time in their organization’s history. As I worked with the leadership team to prepare for these conversations, we brought the dimension of being into the process. The leaders reflected on how they wanted to be in the conversation to support the people to whom they were delivering hard news—and to support the people who were remaining. In this case, even when the words had to be quite precise, there was an opportunity to attend to how they could use the practices of centering and the emphasis on bringing their whole self into the conversation to convey the genuine compassion that they felt.

Sometimes we are called upon simply to listen, to be present for another person. It is often all that is being asked of us. Our work begins and ends with the question of how we want to be. If we simply allow ourselves to be present and caring listeners, then that is enough. Our need to do or say the “right” thing or to fix a problem is often the thing that gets in the way of what is most important.

The next time you find yourself carefully planning your words, take a step back and make sure you are also attending to how you want to be in order to best serve the intent of the conversation. And then, do that again, and again, and again.

We become what we practice.**

* See Jennifer Garvey Berger’s Unlocking Leadership Mindtraps–my favorite book of the past several years for more on this distinction (and so much more than that!!)

** Gratitude to Richard Strozzi Heckler and the teachers at the Strozzi Institute for helping me to experience the power of practice.

My series of posts exploring what I’m learning as I become a somatic coach begins here. You can also find a post here that explores ways to think about practice or, to be more precise, “micropractices” that might make this just a little easier to incorporate into an already busy life.