Re-Thinking Your Relationship with the Competition 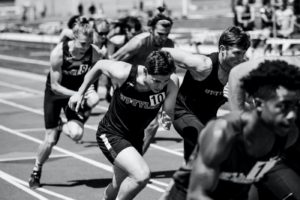 Jack Welch, the legendary former Chairman and CEO of General Electric, once laid out the rules of business: “Number one, cash is king; number two, communicate; number three, buy or bury the competition.”

We may avoid publicly casting aspersions on other entrants in the marketplace. We may, on occasion, even pay lip-service to the merits of our competitors. But for most of us, our basic orientation to competitors is antagonistic. Competitors are, as Welch unceremoniously suggested, to be buried. Crushed. Out-hustled, out-smarted and out-maneuvered without mercy. They are the obstacle in our path in a dog-eat-dog world. For many CEOs it would be counter-intuitive — and many would say, downright foolish — to relate to the competition otherwise.

That’s understandable. After all, part of what makes capitalism work is the competition that the free market generates. The market weeds out those who do not rise to the top, keeping everyone on their toes and justifiably wary of the other runners in the race.

Bury the Competition? Maybe Not

To be clear: competition isn’t bad. It’s essential. I would like to suggest, however, that we limit ourselves and what is possible by adopting a purely antagonistic posture towards our rivals in the market. If we dared to imagine beyond what we know to be true about our competitors, if we had the courage to challenge the usual ways of dealing with them, we might find opportunities for even greater revenues, innovation, and social good.

For example, when it comes to how we regard our competitors, one alternative to the “Enemy to be Crushed” lens could be the “Fellow to be Learned From.” The former lens will likely have us focus on what our competitors are doing wrong in hopes of exploiting a weakness. The latter expands our view to humbly and curiously see what competitors are doing right and use that to improve our own product or service and better serve the customer. Sam Walton of Walmart was famous for routinely visiting his competitors’ stores and incorporating what they did well into his own stores. I have personally been on teams where our self-righteousness in celebrating what we provided above and beyond the competition blinded us to the competition who was learning from us, improving on it, and passing us by.

All sorts of synergies are possible between competitors who let their guard down just enough to collaborate. Take, for example, the palm oil market. Palm oil is the most widely-used oil on Earth and is found in a dizzying array of consumer products from lipstick to soap to chocolate. The extraction of palm oil from the rainforests exacts a huge and horrifying toll on the environment.

It’s not that these corporations want to wreak havoc on the environment. Moreover, companies that use palm oil have increasingly come under attack from NGOs and activists pointing out the damage they are doing. This is a PR disaster and a real threat to their business. One of the main roadblocks to change, though, is the competition. If just one company takes the plunge towards sustainability and assumes the cost of doing so, what is to stop the competition from taking advantage and snapping up market share by undercutting them?

The way out of this catch-22 is to change the way these companies observe their competitors. As Rebecca Henderson points out, firms “cannot afford a sustained campaign linking their products to pictures of orangutans being hacked to death as they ran from the flames of a burning forest…If every firm in the industry agreed to buy sustainable palm oil, everyone’s costs would increase — but everyone’s brand would be protected, and no one would have put themselves at a competitive disadvantage.”

Luckily, the industry has begun to catch on to that logic. Led by Paul Polman at Unilever, many of the world’s largest users of palm oil have come to the table to address the issue head on. Some have already made significant inroads towards sustainable palm oil production. Unfortunately, their efforts have failed to halt deforestation completely, which would require the cooperation of smaller growers and local governments. But it has laid the groundwork for more sustainable change and benefitted their industry and the environment in the process.

This progress could not have been borne out of the classic view of the competitor as the enemy…it required a shift to viewing the competition as a partner in securing the future of an industry and thereby benefitting a collective good. The beauty here is that this cooperation wasn’t just done from the goodness of their hearts. It was done for business reasons, too. That might have some feeling cynical about these companies’ efforts, but not me. I think it taps into a fundamental truth about business: that when all stakeholders — including competitors — thrive, both profits and purpose will rise. What’s good for my competitors and the environment, in the long view, is good for me (and my shareholders).

The Era of Stakeholder Capitalism

This is the essence of “stakeholder capitalism,” which is steadily gaining traction in the business community. More and more CEOs now understand that for our economic system to sustain its output and ensure prosperity long into the future, it must truly work not only for shareholders, but for all stakeholders.

As we’ve seen, asking this question vis a vis competitors yields an entirely new set of possibilities. It can be a powerful exercise to do the same with the other stakeholders in your orbit: employees, investors, suppliers, governments, local communities. How have you traditionally thought of those stakeholders, and what other ways of observing are possible? Where do your needs intersect? As stakeholder capitalism continues to gain traction, these are precisely the questions that could make all of the difference.