Primal Seeking
The Allure and Danger of “More” 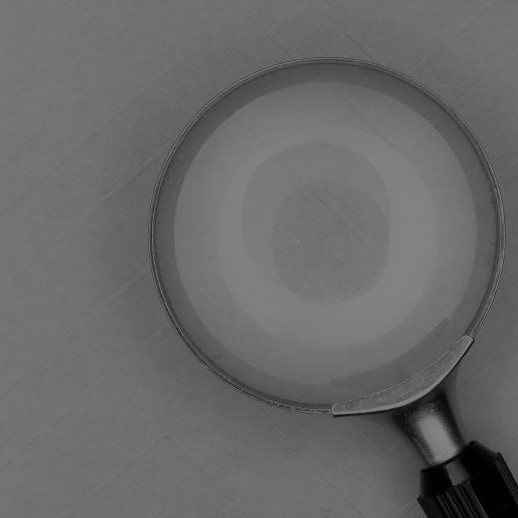 As a business owner, one of the most important contracts that ever came my way was the one I didn’t end up signing.

On paper, it was a no-brainer. The prospective client was a powerhouse in the beauty care space. It was a lucrative contract with ample room to expand into an even larger engagement. This would be a gem in my client roster and a boon to my bottom line. More work. More revenue. More reach. It would be silly not to move forward with haste.

But I didn’t. I took a beat and gave myself a few days to sit with the decision. And I’m thankful that I did so. Because in that time, I realized something important: the decision to take on this client would be entirely about the money.

“Yeah? So? What’s wrong with money?” I reasoned with myself. “In case you forgot, you’re running a business here.”

Yes, that was all true. Businesses need money to survive. (Trust me, I’m aware!) And I don’t believe that every single client must amount to the highest expression of our purpose in the world. But that wasn’t what gave me pause. What alarmed me so was that in my excitement at the prospect of a new client—in my immediate, instinctual, headlong rush to embrace the chance for more—I almost skipped over a consideration of the cost of more.

And those costs were real. Just a few months before, I had made a commitment to myself to take on clients whose purposes in the world are aligned with my own. “More,” in this case, would mean distracting myself from the difference I was looking to make in the world. It would mean having less capacity for other current and prospective clients who did fit the bill in that way. It would also take a toll on my work-life balance. But with “more” dangling in front of my eyes, I almost traded in my long-term thinking for short term profits

Seeking as a Biological Trait

What I didn’t know was the degree to which this drive for more is part of our human biology.

I recently learned about the famed neuroscientist and psycho-biologist, Dr. Jaak Panskepp. Panskepp famously identified seven “primary-process affective systems” in the brain—essentially, the seven core, primal emotions—that drive human and animal behavior: seeking, anger, fear, panic, care, pleasure, and play. Each of these instincts are essential for survival. They each serve a critical role. Play, for instance, is what enables us to establish connection and friendship with others and thereby foster the sort of social bonds that protect us in the world. Fear is what enables us to avoid dangerous situations—we all know the fight/flight/freeze response.

But it was the seeking drive that really stood out to me. I’d never thought of my propensity to constantly seek more as a deeply ingrained human trait wired into the neural structure of my brain. And it makes sense that humans came to be this way. It’s obvious to see how seeking helps humans to survive in the elements. As Panskepp explained, seeking “allows animals to go out in the world and enthusiastically look for the resources needed to live.” It’s seeking that drives us to forage for food, to explore new terrains. It is the seeking that drives curiosity and investigation that leads to progress and innovation. Seeking compels us towards what’s next. It keeps us alive.

But our biology doesn’t always support us, right? We’re also wired to eat salty, sugary, fatty foods…but in a society of endless fast-food joints, that biological impulse quickly leads to excess. So, what about seeking? At what point does the law of diminishing returns kick in on that part of our human nature?

It doesn’t take a neuroscientist to see how the persistent desire for more—when left unchecked—sets us up for a life of perpetual unhappiness. “More,” only for “more’s” sake, simply isn’t sustainable.

Hedonic adaptation is “the tendency of humans to quickly return to a relatively stable level of happiness despite major recent positive or negative events or life changes.” [1] According to this theory, as we get the “more” that we are after—whether the promotion or the shiny new car or something else we desire—our expectations and desires rise in tandem. Soon after we get the promotion we sought, the excitement wears off, and we set our sights on the next rung in the corporate ladder. Soon after we get the new car, the novelty wears off, and our sights are set on the newer car. Consequently, true happiness remains forever beyond our grasp. This phenomenon is often referred to as the hedonic treadmill, conjuring the image of a person who is running, running, running—or, seeking, seeking, seeking—but essentially remaining in place, never reaching the “endpoint” of their mind’s desire.

This phenomenon plays out in many areas of our personal and professional lives. Our ingrained need to seek more and more and more, means we will never get there. This is a recipe for unhappiness. In our personal lives, the key then is to somehow learn to draw the line, to declare that we have enough, to cultivate contentment in what we do have, instead of pining for what we don’t.

Just as it can sabotage our personal lives, I believe this perpetual seeking also has a deleterious effect on a larger, societal scale.We live in the age of a short-term, revenue-focused system, namely: quarterly capitalism. To these CEOs and the shareholders they ultimately serve, share price is all that really matters at the end of the day. Sights are set as far as the next fiscal quarter. The long-term is irrelevant, or “not my problem.” Incentivization packages are structured with this in mind, to produce more, and fast. That question that stakeholder capitalism begs is: what is the cost of more? For many companies, the pathway to “more” means treating employees and suppliers like commodities. It means slashing research and development budgets. It means wreaking havoc on the environment.As I see it, stakeholder capitalism intervenes in the drive for “more for more’s sake.” To be clear, stakeholder capitalism is still capitalism. It still champions the free market and the power of self-interest to fuel efficiency and innovation. To be sure, the drive for more profit drives this system and is the key to its success. But stakeholder capitalism draws a line where Milton Friedman and others have not, by declaring that profit is not the only important value “to seek.” Stakeholder capitalism asks us to recognize the other values that exist in an economic ecosystem–not instead of profit, but in addition to profit.This isn’t just about doing the right thing and being a good person. Quarterly capitalism is short-sighted both from a moral perspective and from a business perspective. The tragic irony is that the quarterly capitalism playbook is precisely what will see profits eventually evaporate. Exactly the measures that create a spike in short-term profits—squeezing employees and suppliers, cutting research, destroying the earth—all but ensure that the same corporations, and the economy in which they operate, will not be around very long.

The answer here is not to deny our seeking drive. Doing so would be to deny a critical part of our selves, of our own biology. The key is to be aware of that drive, and to be vigilant in asking the difficult questions: Is my ingrained impulse towards more serving me in this moment? What is the cost of indulging it? If this seeking drive is an innate part of who I am—what, exactly, should I be seeking? How I can bring intentionality to my natural tendency to strive for more?This is particularly important for senior leaders to consider. In many cases I’ve seen as an executive coach, it’s precisely leaders’ restlessness and ever-seeking personalities that have gotten them to where they are. But I also see the unhappiness that they feel personally, as a result of being caught on a treadmill of seeking. And I also observe some of the short-sighted decisions they make on behalf of their businesses when they are caught in the trance of needing more, and more, and more. We need leaders today who can step off the treadmill. We need leaders who have the capacity to intervene in the cultural drift of more for more’s sake. We need leaders who can leverage this drive for the betterment of themselves, their organizations, and society at large.

Receive relevant articles every other week!