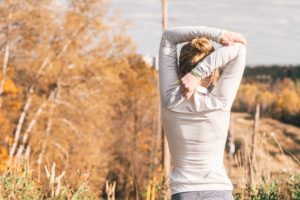 As a leadership coach, by and large my clients hire me because they want to achieve something that they’re unable to do on their own. Through coaching, we relax the constraints and limitations, as well as introduce new ways of being and acting, as well an accountability structure. The work is generally sufficient to achieve my client’s commitments.

There is one exception: habits.

In 15 years of coaching, I’ve come to realize that recurring bad habits can’t be broken by commitment and willpower alone. Unfortunately, that’s what most people arm themselves with, which is why most fail. While deep coaching can really support getting to the source of your bad routines, I’ll give you 10 tips to help you develop new behaviors all on your own.

Once, my toddler was holding my car keys hostage and we were already running late. My challenge was to get the keys without instigating a massive tantrum (saying “no” and taking the keys). So I picked up a stuffed panda and started enthusiastically playing with it. My toddler dropped the keys and took the panda. I instantly realized adults aren’t much different—we need our own version of a “panda.”

Your brain doesn’t like “no” any more than a toddler. Give your brain a sufficient alternative to say “yes” to—a panda. When giving up coffee, tea wasn’t doing the trick. I had to do my research and find a rich, bold morning beverage to really satisfy me and properly replace my favorite morning drink.

New Year’s resolutions have an enormous failure rate. One of the reasons is because the goal is for an entire year. Long-term goals, when it comes to recurring pesky habits (like choosing sugary carbs in the afternoon instead of a walk or an apple) won’t work. Focus on whatever you can authentically commit to. Do it for one hour, one morning, or one day. Even a week is too much for many people in the beginning. Just one day (or hour) at a time is all it takes to make it stick.

Place a big bet on yourself. Groups or organizations committed to “cleaning up their language” sometimes agree to put $1 in a jar every time they use scatological language. This is a great idea—however, $1 may not be painful enough to really change a habit, but, say, $100 might be. Find someone that will hold you accountable and let them know that if you don’t go to the gym today, they are to collect $100 from you. Whatever the amount, ensure it’s an amount that would be painful enough to pay that you will do what you say you will do.

Most of us create outcome goals, like “I want to lose 10 pounds in two months.” These don’t work as well as process goals, which are goals inside of your everyday process or routine. For example, drinking one glass of sparkling water with lemon before each and every alcoholic beverage, or taking a walk around the block and drinking a glass of water before ordering another café latte.

Whatever you do, be aware of what you’re doing. Most of our recurring pesky habits are automatic unconscious behaviors—we just wake up and do it. One client told me that she could be halfway through a bag of potato chips before she “woke up” to the fact she was even eating in the first place.

When your brain likes something, it releases happy chemicals like dopamine and oxytocin. This makes your brain say, “Do it again”. This is what makes it so difficult to overcome serious addictions, and let’s face it, many of our habits are truly addictions. Just seeing a Starbucks sign would be enough for my glands to release saliva like Pavlov’s dogs. Ordering the coffee and taking in the first three sips was dopamine heaven.

Then, as I started to bring awareness to how my third latte of the day made my body feel, I realized I didn’t even really want the coffee. I’d created a neuronal super-highway, a conditioned response: see a Starbucks sign, order coffee. I was on auto-pilot.

Take note of the cravings before you start. Notice the saliva building—where do you feel the craving? Is it in your mouth, your chest? What thought patterns enter your brain? When does your body jump up and begin enacting your habit? Does the pleasure come right before the action or after the action? What we’re unaware of we have no dominion over. The more awareness we can bring to our default patterns, the more deliberate choice we’ll have over our actions.

6. Be Aware of the Vulnerable Times

When you go down to sleep at night, you can be 100% resolved to be a nicer person to your spouse. However, after a long day at work (when you’re emotionally, physically, or cognitively exhausted), research shows that your willpower reserves are depleted—you just don’t have enough to refrain from snappy statements. When you know you’ll be tired or when you find you’re worn out, put in a structure to support yourself.

I bought a $200 Nespresso Machine and a $150 milk frother two months before I chose to lay off the coffee. I’ve not yet gotten rid of the machine because I spent so much money on it. The mornings after a lack of sleep are my most vulnerable times, so I cover my Nespresso Machine and put out my French Press the night before with some Yerba Mate ready to go (my panda). This structure, along with my process goal of finishing my entire French Press of Yerba Mate before having coffee, helps me stave off the morning crave.

Be accountable to someone. Report fully what happened or didn’t happen. Don’t allow yourself to hide out. If you succumbed to office gossip three times in one day and only avoided it once, report the results to your accountability buddy promptly. Simply stating the score and not hiding out to someone else helps keep you aware of your progress.

This is another one I’ve learned from my toddler. In the midst of potty training, I’m grateful for whoever came up with the “potty chart.” Each successful potty event gets a sticker and X number of stickers earns a reward.

Yes, we too can make our own reward charts. Choose your panda over your bad habit five times in a row and get a reward. These should be truly rewarding (something you want), and they should reinforce the new habit rather than enabling the old. For example, choosing the gym five times maybe earns you a new iTunes album rather than a chocolate chip scone.

Your motive matters. Going to the gym because it’s good for you is unlikely to get you up at 5 AM. Having a beach body might do it for some, but others will have to dig deep inside them to find their compelling motive, or what really matters to them.

This is where long-term goals can come into play—a study with West Point cadets showed that the cadets who had a deep internal motive about serving their country performed much better than cadets who had more external or instrumental motives such as getting a free education or going to an impressive school for the resume.

Habits are tough to break, and going at it alone makes it even more challenging. If you’re truly committed to breaking through an old habit, know that you’re not alone in your quest. It won’t be easy, so wait until you’re truly ready to try, and set yourself up for success by following these 10 tips.

Newsletter
Get transformative tips delivered straight to your inbox